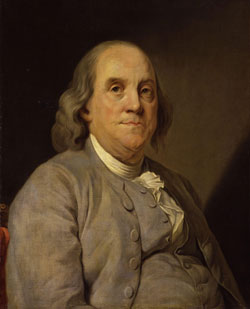 In 1727, Benjamin Franklin convinced 12 of his friends to form a club dedicated to mutual improvement. Meeting one night a week, these young men discussed the topics of the day. The group lasted for 40 years and eventually became the nucleus of the American Philosophical Society.

Junto, pronounced who-n-toe, was a private forum for discussion and as a surreptitious instrument for leading public opinion. One of the functions of the group was to brainstorm publicly beneficial ideas.

Franklin described the Junto this way in his Autobiography

I should have mentioned before, that, in the autumn of the preceding year, [1727] I had formed most of my ingenious acquaintance into a club of mutual improvement, which we called the JUNTO; we met on Friday evenings. The rules that I drew up required that every member, in his turn, should produce one or more queries on any point of Morals, Politics, or Natural Philosophy [physics], to be discuss’d by the company; and once in three months produce and read an essay of his own writing, on any subject he pleased. Our debates were to be under the direction of a president, and to be conducted in the sincere spirit of inquiry after truth, without fondness for dispute or desire of victory; and to prevent warmth, all expressions of positive opinions, or direct contradiction, were after some time made contraband, and prohibited under small pecuniary penalties.

The results of the original Junto are still evident today as an integral part of American society. The Junto gave us our first library, volunteer fire departments, the first public hospital, police departments, paved streets and the University of Pennsylvania. They recommended books, shopkeepers, and friends to each other. They fostered self-improvement through discussions on topics related to philosophy, morals, economics, and politics.

It is these accomplishments and ideals that inspired this web page. The managers of Junto Society are from across the nation. Ordinary citizens who came together through various internet political discussion groups, for the purpose of the betterment of American society and politics. We seek to accomplish this by providing our visitors with easy access to information on current events and historical works which have shaped our nation.

To qualify as a member, Franklin proposed 4 questions:

1. Have you any particular disrespect to any present members? Answer. I have not
2. Do you sincerely declare that you love mankind in general, of what profession or religion soever? Answer. I do.
3. Do you think any person ought to be harmed in his body, name, or goods, for mere speculative opinions, or his external way of worship? Answer. No.
4. Do you love truth for truth’s sake, and will you endeavor impartially to find and receive it yourself, and communicate it to others? Answer. Yes.

Found in Franklin’s papers, dated 1728 was a list of questions Franklin developed to guide the discussions at Junto meetings. They are listed below:

1. Have you met with any thing in the author you last read, remarkable, or suitable to be communicated to the Junto? particularly in history, morality, poetry, physics, travels, mechanic arts, or other parts of knowledge?
2. What new story have you lately heard agreeable for telling in conversation?
3. Hath any citizen in your knowledge failed in his business lately, and what have you heard of the cause?
4. Have you lately heard of any citizen’s thriving well, and by what means?
5. Have you lately heard how any present rich man, here or elsewhere, got his estate?
6. Do you know of any fellow citizen, who has lately done a worthy action, deserving praise and imitation? or who has committed an error proper for us to be warned against and avoid?
7. What unhappy effects of intemperance have you lately observed or heard? of imprudence? of passion? or of any other vice or folly?
8. What happy effects of temperance? of prudence? of moderation? or of any other virtue?
9. Have you or any of your acquaintance been lately sick or wounded? If so, what remedies were used, and what were their effects?
10. Who do you know that are shortly going [on] voyages or journeys, if one should have occasion to send by them?
11. Do you think of any thing at present, in which the Junto may be serviceable to mankind? to their country, to their friends, or to themselves?
12. Hath any deserving stranger arrived in town since last meeting, that you heard of? and what have you heard or observed of his character or merits? and whether think you, it lies in the power of the Junto to oblige him, or encourage him as he deserves?
13. Do you know of any deserving young beginner lately set up, whom it lies in the power of the Junto any way to encourage?
14. Have you lately observed any defect in the laws, of which it would be proper to move the legislature an amendment? Or do you know of any beneficial law that is wanting?
15. Have you lately observed any encroachment on the just liberties of the people?
16. Hath any body attacked your reputation lately? and what can the Junto do towards securing it?
17. Is there any man whose friendship you want, and which the Junto, or any of them, can procure for you?
18. Have you lately heard any member’s character attacked, and how have you defended it?
19. Hath any man injured you, from whom it is in the power of the Junto to procure redress?
20. In what manner can the Junto, or any of them, assist you in any of your honourable designs?
21. Have you any weighty affair in hand, in which you think the advice of the Junto may be of service?
22. What benefits have you lately received from any man not present?
23. Is there any difficulty in matters of opinion, of justice, and injustice, which you would gladly have discussed at this time?
24. Do you see any thing amiss in the present customs or proceedings of the Junto, which might be amended? 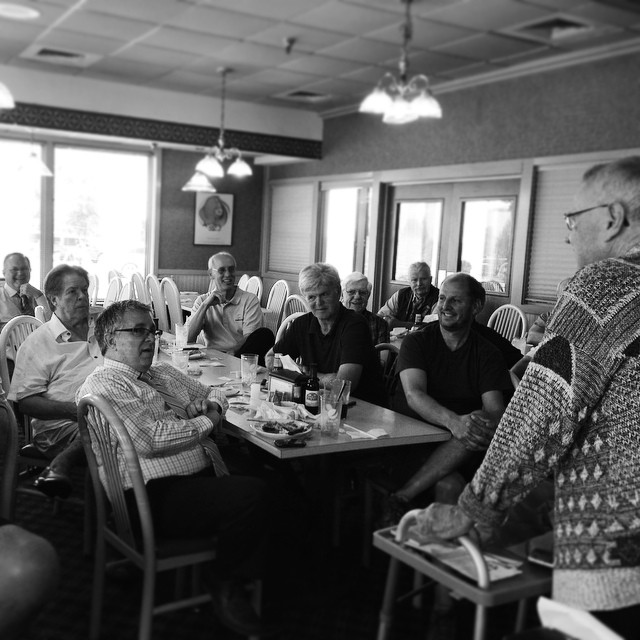 “Knowledge was obtained rather by the use of the ear than of the tongue.” - Ben Franklin